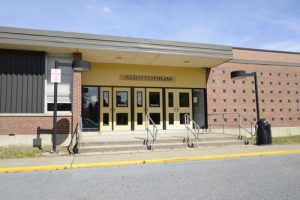 WALLA WALLA, Washington — A 17-year-old boy has pleaded guilty to second-degree assault and second-degree malicious mischief for breaking a window at College Place High School and striking the principal with a spear.

The Union-Bulletin reports that the boy entered his plea on Tuesday. Similar charges against the boy’s 19-year-old brother, Jaymond Oakhurst, who was with the 17-year-old during the attack, were dropped due to reasons of mental incompetency.

Officials say the brothers entered the adjacent middle school lobby on June 8 wielding a spear and wooden staff. After breaking a window with the spear, the brothers are accused of attacking Principal Dale Stopperan, partially severing his right ear and injuring his elbow and knee.

School personnel armed with small baseball bats drove the brothers out of the building before police arrested them.

Does the shutdown impact the animals at the National Zoo?