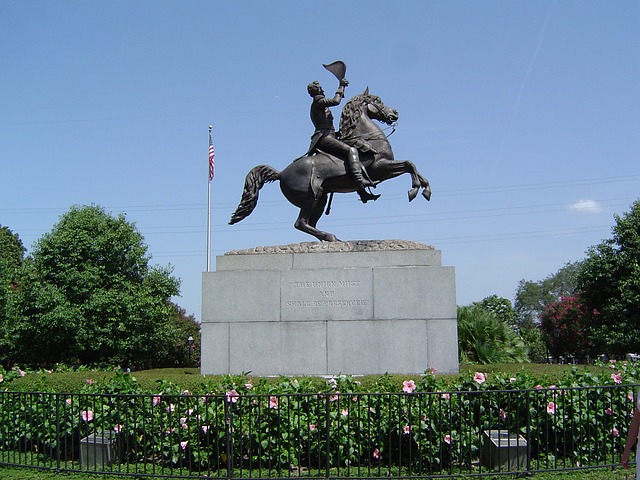 Washington DC – A the Andrew Jackson statue has been the target of current protests as many take to the streets to support equality in the US.

Andrew Jackson, a plantation owner is owner to over 300 slaves as its workforce. Throughout his lifetime, Jackson owned upwards of 300 slaves.

The protests come amid the death of George Floyd. A POC whose death in police custody is raising questions about police departments. During his arrest video showed that police officer Derek Chauvin had his knee on the back of Floyd’s neck for over 8 minutes. This move severely depleted the man of oxygen. His death within police custody sparked outrage across the US for equal rights.

In all 50 states protests have emerged to show support for police reform and equal rights.

Through the weeks of the protest, monuments dedicating themselves to leaders, generals, and other public figures have been taken down due to their history of owning slaves, being members of the KKK, and who have expressed a number of racist driven motives.

Andrew Jackson Has Been The Subject Of History

The United Stated 7th President held no objection to owning slaves. In fact, from historical records, Jackson fathered many illegitimate children with his slaves.

Protesters across the country are taking down statues of Confederate Generals. Many state politicians in the South after the war worked their way through congress with the significant notoriety for racism.

The promotion of generals who have committed atrocities towards the black community and slaves during their time continue to stand. Officials that many within the community fail to recognize as leaders at all.

The Andrew Jackson memorial remains standing as protests continue. With limited public support from President Trump, many wonder his motives for not supporting the equality of his own people. The protests are moving into its fourth week.