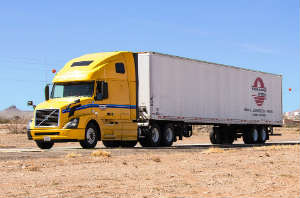 Are new, bigger trucks on the horizon? Some members of the trucking industry are hoping that Congress’ new infrastructure bill will include rules for longer and larger big rigs.

Why? The trucking industry is growing. With big companies having a higher demand for online shopping deliveries, more and more cargo is sure to be on the road. Would the bigger big rigs help or harm the industry and the roads? There are groups on both sides of the equation.

Groups such as Americans for Modern Transportation believe that having bigger trucks will be beneficial for everyone. Basically, groups like this in the industry want to see an increase in national truck weights. The current standard? 80,000 pounds. Ideally, they want a raise up to 91,000 pounds. In addition, they want to see an increase in the length of the trucks. This would be longer by five to ten feet, overall.

Groups FOR the changes say that the larger trucks could help reduce the number of semis on the road. In addition, it would boost the economy by brining more efficiency to cargo transport. If one truck can carry extra cargo, maybe the need for more trucks would lessen.

The group says that the larger trucks could be a safety risk. They might cause extra danger on the highways. As a result, this could lead to possibly more accidents.

What do you think about the bill proposal for larger trucks? Will it help the trucking industry, or cause too much possible danger?

Self Driving Cars Get Smarter, Learn About Space