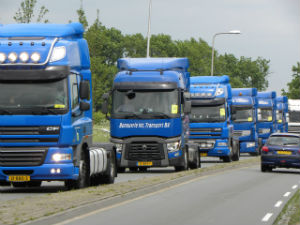 The Cabover truck was a major player in the trucking industry. Its tight turning radius, easily accessible hood and many other features made it the go-to truck for its time.

Cabover: What Was It?

The design is in the name. Where most modern big-rigs have extendable hoods to accommodate their engines, the cabover truck has the driver to sit on top of the engine. There was a multitude of factors as to why these trucks were the main haulers of times past.

Why It Was The Standard

The COE (cab over engine) design was implemented to pass regulations of the day. It took full advantage of industry length requirements. The overall length of the truck and trailer had to meet the maximum requirement of 65 feet. This standard in trucking was held between 1956 to 1976. After ’76, an expansion for length was put in place. This made way for safer, more effective big-rigs. Shortly after, the COE began to decline in favor of the latter.

Along COE laid the groundwork for modern trucks, modern trucks have come a long way in terms of comfortability, ease of driving, and driver safety. The COE design kept the driver right above the engine and front axle. This meant that the heating of the cab was more prevalent and left the driver sweating buckets. The axle, being right underneath, would create a difficult sitting situation. The constant rattling and rocking helped coin the term “Freightshakers” among truckers of the time. Another major issue was the safety of driving one. Where modern trucks have a standard space for the engine in front of the cab, the Cabover, upon impact, could launch the driver straight through the front window. This, unfortunately, was a rather common issue.

The Plus Side To Driving One

Visibility was a major benefit to the COE. Without a hood, the driver had a field of view much larger than modern trucks. The safety of drivers is still the mainstay for the workforce, but the COE is exceptionally easier to see what was in front of you. The shorter wheelbase created a more maneuverable turning radius. This is the main factor why many are used in Asia and Europe in opposition to the American trucking industry.

Cabovers are used primarily in Asia and Europe. The benefit for each of these countries is that they have developed their cities over a longer period of time. Since then, such cities have narrower roads and sharper corners. The shorter axle of a cabover makes it a much more agile form of trucking.

Aside from practical use, there has been a resurgence in how the COE is viewed. Many big-rig collectors have found that these vehicles represent a time when the trucking industry held high regard as an honest job that paid well. The respect of the trucker was much higher than it is today.