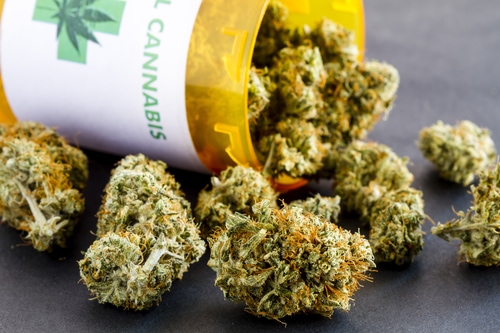 WASHINGTON DC – Considering the fact that now Democrats control the House of Representatives, there maybe be changes to marijuana sales laws in the city. The changes can include allowing pot sales around the DC.

According to Mayor Muriel Bowser, the topic is something she will push for early 2019. “We will create a tax-and-regulate scheme to present it to the council,” said Bowser.

In 2014, a small amount of marijuana possession was made legal under the ballot measure “Initiative 71.” However, even after the law, Republicans ensured that the drug selling was against the law anyways.

The main Republican who is known for leading the effort to limit the measure, Maryland’s Rep. Andy Harris no longer has a majority in the House following Democratic benefits in this week’s midterm elections.

The current law allows DC residents over 21 to grow and use marijuana and possess up to 2 ounces.

Residents are allowed to give marijuana away as long as there is no payment included or any kind of exchanges of services.

During the law, there were some prohibition violations when some people hosted some event called “giveaway” where marijuana was sold to people with a small item, for example, a sticker. Marijuana was a small gift with the item.

Police have told they won’t tolerate that kind of incidents, but they keep happening.

City’s Police Chief Peter Newsham told that marijuana sales are illegal for anything of value. According to the chief, if there will be someone who will get around the law or distribute marijuana for something of value, arrests will be made.