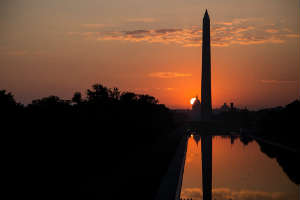 WASHINGTON D.C –Eleanor Holmes Norton has served as a non-voting representative in Washington D.C. for almost 30 years. While in Congress, Norton has presented over a dozen statehood bills. Norton’s most recent bill, H.R. 51 will make Washington D.C. the 51st state. Congress votes on the bill throughout the upcoming days.

Sadly, Eleanor Holmes Norton cannot vote on her own bill.  She is an active representative for Washington D.C. and since it is not a state she cannot vote on bills or the enactment of other legislation on the house floor.

The bill has 200 co-sponsors. Interestingly, it is a Democratic push. Democrats believe Washington D.C. citizens are lacking representation on vital issues like healthcare. Since Congress is Republican-led, republicans usually decide what’s best for Washington D.C. This bill would change that.

The statehood process has always been affected by the parties. Within the decades following the Civil War, Republicans pushed for more added states. The war itself was a conflict of states’ interests— the conflicting interests of adding free states and/or slave states. This led to the control remaining with the Republicans for the second half of the 19th century. Regardless of the size of the state, a Senate vote is still a vote and has value. When Hawaii and Alaska were granted statehood in 1959, Democrats believed reliable votes would be gained. Since both states have multiracial backgrounds, Democrats assumed the majority of citizens would be against segregation.

Meanwhile, Washington D.C. remains divided. There are those who support the bill. Those who support it believe that owning up to factional divides will ensure victory. Then, there are those who oppose the divide. These people believe success comes from overcoming divides. Eleanor Holmes Norton believes that equal rights for all are important, and the only way Washington D.C. can get that is from having their own representation. Only time will tell if the 51st state will become a reality.