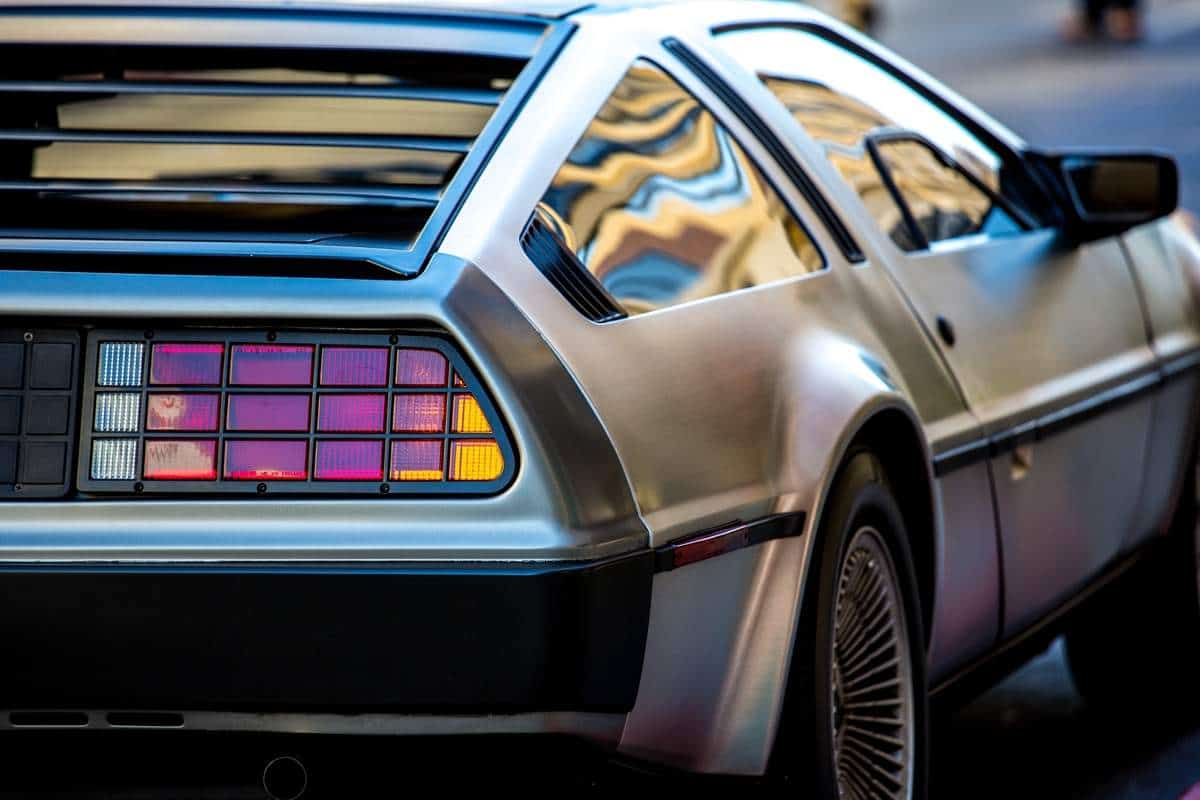 Do you remember the thrill in the 1980’s, just having exited the movie theatre after having watched an incredible film? There’s that feeling that lingers as the credits roll. Some sort of mix between revered remembrance of the story’s lesson, and giggled delight at all the fun or action you witnessed! And who could forget the products? These small motifs where if you saw them any day after, for the rest of your life, you’d associate that object with that specific movie. E.T. had Reese’s Pieces. Jurassic Park had the can of Barbasol. As for the Back to the Future trilogy, the centerpiece in itself was also a character. Using the flux time capacitor, the DeLorean automobile was able to deliver Doc and Marty anywhere, and anywhen, with total ease. (Well, almost.) No matter what, though, the DeLorean itself had long cemented it’s carmaker brand forever in one of the most iconic franchises ever…

So you can see how big of a deal it would be for them to go back to the classics and release a 2.0 of sorts. Right?

Recently, the minute-spinning manufacturers made headlines by releasing actual images—and not just teasers—of their upcoming model, the Alpha5. It’s an electric vehicle! Though it still has the gull-wing doors, one thing’s for sure, the DeLorean is looking to start off a reign of it’s own infamy and no longer choose to live in the shadow of the movie that made it so.

The DeLorean company is dead set on showing it off at the Pebble Beach Concours d’Elegance on August 18th. About 9,000 units had been made since 1981 of the original DeLorean. And yet, something feels fresh about this. After the original company went bankrupt in 1982, a new DeLorean Motor Company came about in 1995. The new company absorbed all of the old company’s leftovers and really just worked as a restoration and service company of old DeLoreans ever since.

Only last January was it heard that there was going to be an electric reincarnation of the vehicle itself. Superstar EV veteran, Joost de Vries is currently the CEO at DeLorean. Likely, the company is beginning a new ages of thriving with the Alpha5 imminent!

Besides the doors, there’s less homage than rebirth happening here. Even the drag coefficient is improved at .23 for the Alpha5. Only time will tell how this car flats out the competition.

If you want to order the DeLorean and ship with our timely service, we encourage you to. Our team at Washington DC Auto Transport can definitely assist you in secure car shipping. Our drivers are great enough to handle your vehicles. Call us to learn more information and we can even give you a FREE Quote. (202) 930-8005

WILDFIRE: Will Congress Fix Fire Budget after the Disaster in California?

Thousands of Child Brides Approved by the US Government