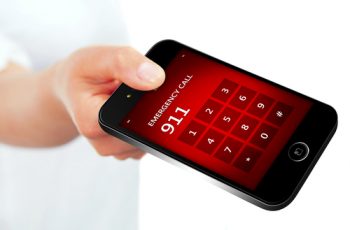 WASHINGTON D.C. — The District’s 911 call taker failed to dispatch police to an elementary school Monday. A concerned parent reported witnessing an aggravated driver threatening to shoot and run over the school crossing guard.

The parent of a student at Lafayette Elementary School on Broad Branch in the Chevy Chase section of D.C. called 911 at 3:27 p.m. to report an angry man who was giving treats to kill the guard after he yelled anti-Hispanic insults.

The dispatcher wrongly classified the incident as Priority 2, rather than Priority 1. No police officers were dispatched to the school until 27 minutes later when a school nurse also made a call.

“Once the person said, ‘threaten to shoot,’ that should have prompted a Priority 1 response,” said the agency spokesperson.

Two minutes later a nurse’s call was dispatched, and officers arrived at the school within 5 minutes, but the suspect fled the scene.

Lily Buerkle, the parent of a child at Lafayette Elementary, had heard a man in a blue Nissan SUV who was yelling angrily at the school crossing guard.

The driver made a U-turn, yelling at nearby school children, nannies and caretakers, Buerkle said.

An investigation is ongoing and the call taker could be disciplined for the incident.