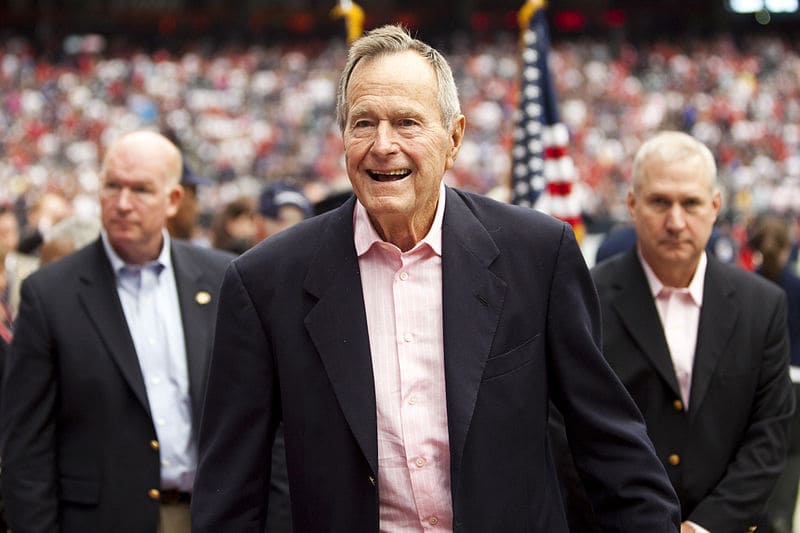 WASHINGTON, D.C. – Today in Washington, many came together in a grand service at the Washington National Cathedral. The service is in honor of former President George H.W. Bush. While they closed the service to the public, people could still watch. The service aired live on C-SPAN and across other major television networks.

Mr. Bush passed away at age 94 this past Friday, November 30. The nation bids farewell to the late president together today in the nation’s capital.

U.S. president memorial services usually include a variety of customs. These can include military honors and other standard procedures. Also, the president’s remaining immediate family is entitled to a military escort until the remains are buried. Presidents, as former commanders-in-chief, usually receive a flag draped over their caskets. Military veterans also receive this honor. As Former President Bush was both commander-in-chief and a veteran of World War II, this was an honor given to him today.

The media focused attention on the attendance of President Donald Trump and First Lady, Melania. The couple sat along with other former presidents and their families, including President Barack Obama and wife, Michelle. There was some hostility between the couples. However, the family wanted the service to focus on the former President’s legacy, life, and accomplishments. They do not want political drama to draw attention away from the focus of the event.

He actually spoke first. He called Mr. Bush “America’s last great solider-statesman.” He went into more detail about Mr. Bush’s life in World War II, his presidency, and personality. Meacham said: “His tongue may have run amok at moments, but his heart was steadfast.” This was well-received by his children, George W. and Jeb Bush.

Many also remember Mr. Bush’s determination to not use the pronoun “I” when referring to himself. This brought a sense of unity to the nation.

After the service, the casket will return to Texas. Another service will be held there, at St. Martin’s Episcopal Church in Houston, on Thursday. Mr. Bush will be laid to rest on the grounds of the George H.W. Bush Presidential Library and Museum. He’ll be buried near his wife, Barbara and daughter Robin, who passed at a very young age in 1953 from leukemia.