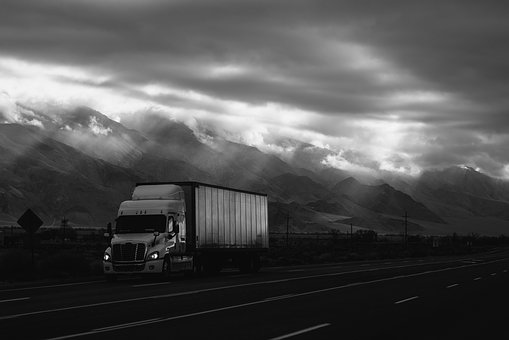 Joy Ride remains one of my first experiences watching a road-worthy horror movie. With Paul Walker once again behind the wheel, this time not as fast or nearly as furious as his breakthrough role, it was a complete switch on the genre.

My first time watching Walker in a movie was obviously “The Fast and The Furious” which came out the same year. From then on, he became one of my favorite actors. 12-year-old me and a few friends decided to purchase tickets to “Corky Romano” and then sneak in to see the rated R trucker flick. We made it without getting caught. I couldn’t wait to see Paul Walker race a trucker. How could they not make the perfect getaway? Well, it was NOTHING like his previous movie and his character was scared. This meant I was scared too.

Joy Ride Takes The “Joy” Out Of Riding

The film takes place on the western highways of America. There is nothing out there except dirt and apparently crazy truckers. When the crew snags a CB radio and decides to play a prank on an unsuspecting trucker. They make a call to set up a “date” by pretending to be a lonely girl looking for some “company”. The crew then rent a motel room next to where they told the protagonist “Rusty Nails” and hear his reaction to opening the door to an unsuspecting motel guest. This doesn’t go well as apparently they played a prank on a psychopath. Without getting too much into detail (you have probably watched the movie by now, but I still won’t spoil it for you) things go south REAL fast. Soon after, my hero, the fast driving Paul Walker, becomes the victim in a highway chase.

How It Affects Me Today

Yeah, so after that I vowed never to mess with truckers. Sure, some of them are crazy, but they aren’t that crazy, right? Well, when I got home, I decided to boot up the family computer log on to AOL (dial-up) and look up how many truckers go on murderous rampages. Turns out, to my dismay, there are quite a few of them. Most would pick up hitch-hikers and do the unspeakable. Bear in mind this was before I got my driver’s license and from then on out, scared me to even cut a trucker off. This was probably good, however, cause truckers deserve the respect of the road that isn’t always given to them. The film did a good job of teaching many a hard-learned lesson “Don’t make truck drivers angry.”