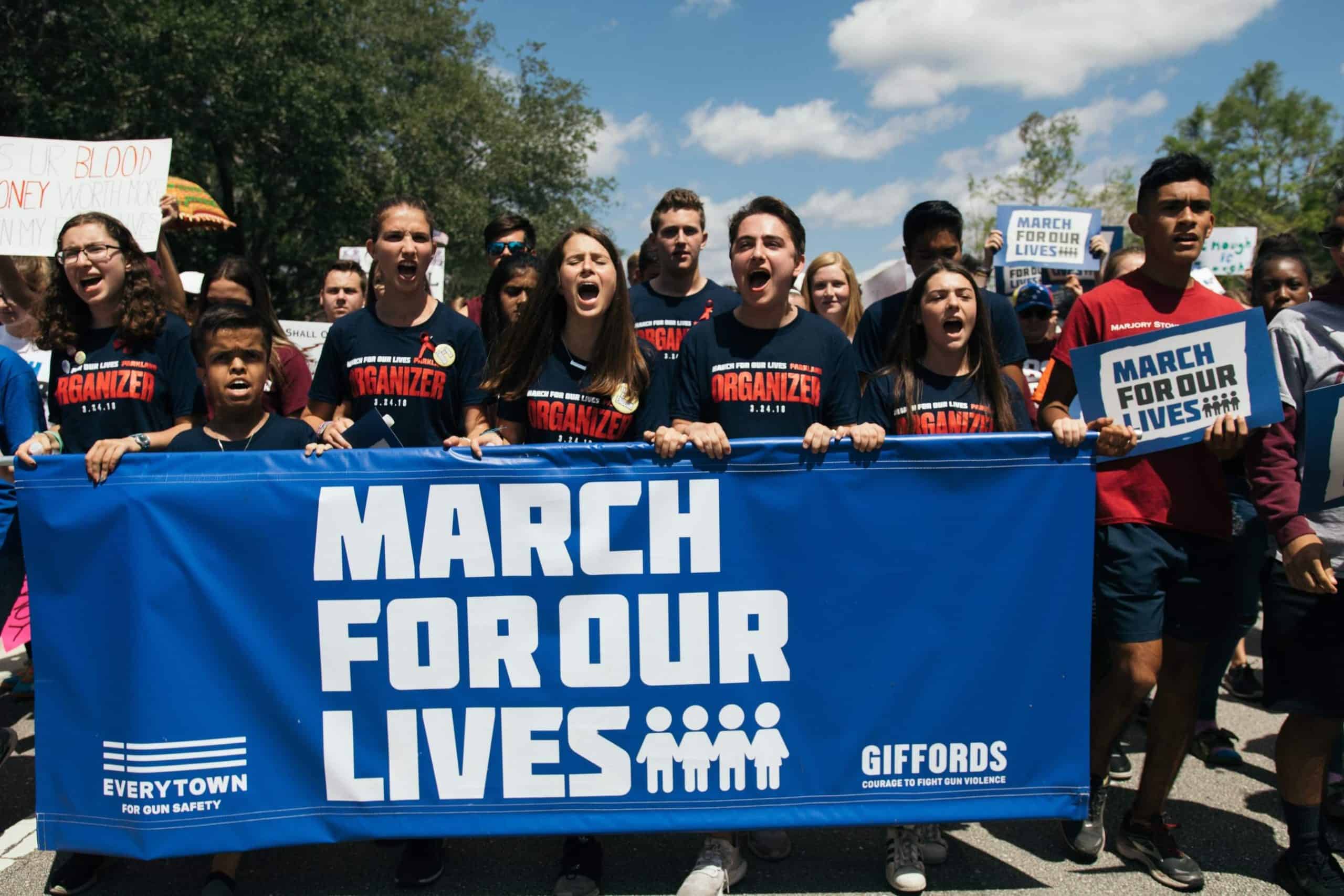 March For Our Lives advocate for gun control.

When you have school shootings occurring as often as they do, you certainly have to watch out for those rallies that they throw. Not the school shooter. I’m talking about the team of dedicated individuals that are certainly driven towards making sure that gun owning Americans don’t keep supporting the NRA. It’s really a bad idea because quite frankly, the NRA isn’t making any visible moves to lessen the damages caused by individuals with access to guns. And now it’s starting to make virtually everyone triggered by trigger-happy folk. Of course, a recent example is what happened just the past weekend, in the nation’s capital that we call our home.

Some random guy yelled out something about “being the gun” during a March For Our Lives rally!

It was very busy as many participants stood in a crowd to hear the speakers give their takes on the state of the United States. But in the midst of this all, some heathen had the wisecrack idea of yelling out “gun shot” with no real idea of the damage such a statement could do to the people. Though momentary, the chaos was still there as people would begin to stampede out of the area, in reckless abandon. Certainly, it was a very chaotic scene. Even the U.S. Park Police had to tweet out a notice about the man. “Alert: An individual interfered with a permitted event on the Washington Monument grounds. The individual was detained by officers. No weapons were involved and there is no risk to the public.”

And it’s just so culturally insensitive. Who was this random yelling man anyway?

Mitchell Martinez, of Coral Gables, Fla., was charged with disorderly conduct by creating fear and disorderly conduct by disrupting a gathering. Police said Martinez did not have any weapons, did not pose a threat to the public and was released with a citation to appear in court at a later date.

The perceived threat of a mass shooting at a large gathering protesting such violence caused a brief panic, as attendees ran away from the stage, children cried and many people were spooked enough to leave the Mall before the end of the rally. Martinez told a Park Police officer he yelled “I am God” during the moment of silence, according to a police affidavit, but three witnesses said they heard him yell “I have a gun.”

The rally was staged by March for Our Lives, the organization founded by student survivors of the 2018 mass shooting at a high school in Parkland, Fla. Martinez, a rapper who wants to “promote gun control through music,” drove to D.C. from Texas to attend what he called the “March for Gun Control” event, according to a police affidavit.

When you need the best car shipping service, you have to come to our team. Our drivers at Washington DC Auto Transport will handle your vehicles. Call us to learn more information and we can give you a FREE Quote as well. (202) 930-8005