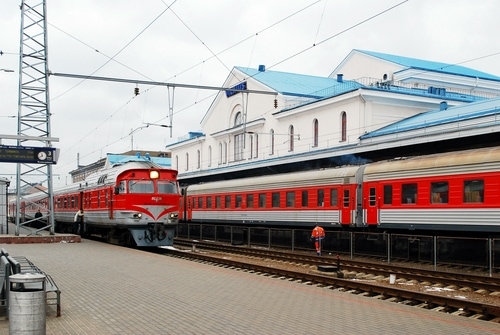 According to authorities, one passenger was evaluated for shortness of breath, but there were no injuries. According to Metro spokesman Dan Stessel, the derailment happened just after 6:30 a.m after the Shady Grove-bound train left Metro Center station. He could not say which or how many of the eight cars derailed but said the train was a 7000-series, the newest in the transit agency’s fleet.

The reason is under investigation. , Officials said that the National Transportation Safety Board is monitoring the situation but has not sent anyone to the scene. Stessel said the 63 people on the train included 61 passengers, a Metro Police office, and the train operator. Fortunately, the number was relatively light for a Monday commute, because the government and many companies are closed for the Martin Luther King Jr. holiday.

Doug Buchanan D.C. Fire department spokesman said the 60 passengers were evacuated within the Metro tunnels, walking about 2,000 feet from the derailment site to Metro Center station. He said third rail power was taken down.

Buchanan said the initial call was for possible smoke on the tracks at Farragut North, but the fire department found no signs of a fire around the derailment. The train’s rear railcars appeared to have come off the tracks. But he could not say how many.

The fire department cleared the scene about 9 a.m.

Stessel said that the train operator is cooperating with investigators and will be subject to standard post incident alcohol and drug screenings. He couldn’t say how much experience the operator had, only that it was a male operator.

Metro Board Chairman Jack Evans, who was briefed by Metro chief executive Paul Wiedefeld Monday morning was shocked by the news.

“It’s like, god, didn’t we do all of the fixing, the bad areas, Safetrack?” he said. “All that stuff was intended to prevent stuff like this from happening.”

The derailment happened along one of Metro’s busiest stretches of track downtown, six months after SafeTrack, which targeted the system’s most degraded stretch of tracks. However, the downtown core was not part of the program.

The holiday also posed a logistical challenge because the Metro personnel needed were scattered around the region, and some were out of town, Evans said.

He said: “It is puzzling to me. My first reaction was ‘what? You know. How did we have a derailment? How do we have derailments? And particularly the Red Line in the city is something we’ve done a lot of work on.”

Car Models Ceasing Production For 2022 In An Indefinite Manner