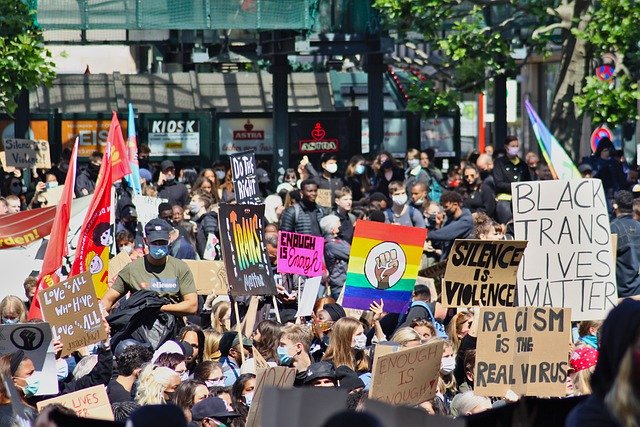 On Tuesday, protesters supporting Black Lives Matter, raise their fists in solidarity after the incident with Jacob Blake on Sunday.

The BLM individuals approach diners in hopes to gain attention as well as to get everyone in accord with the movement.

A Washington Post writer, Fredrick Kunkle posted a video on Twitter of an intense incident involving protesters and Lauren Victor. The protesters chant, “White silence is violence,” and “No justice, no peace!”

Afterwards, a citizen journalist known as Chuck Modiano questioned her lack of compliance. Victor’s response was that she felt under attack.

Kunkle reported another response from Victor. “In the moment, it didn’t feel right. I’m very much with them. I’ve been marching with them for weeks and weeks and weeks.”

Another video of protesters emerged on Tuesday, showing a protester getting verbal with a couple dining outside a D.C. restaurant.

The unsettling incident involving police shooting Jacob Blake in the back, as he was allegedly escorting his kids to the car, has left him paralyzed.

Blake’s father told The Chicago Sun-Times on Tuesday of the updates and that the doctors were uncertain if he’ll recover.

Blake’s family spoke up on the matters, talking about what Jacob Blake would want during this time. They are hoping that he can walk again.