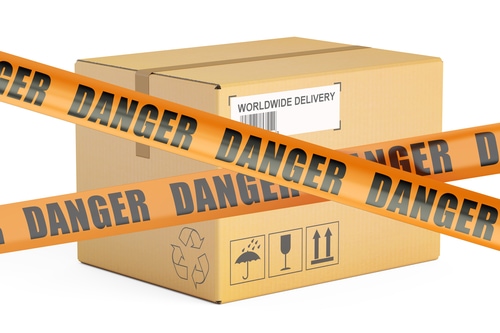 WASHINGTON DC — The FBI has taken custody of multiple suspicious packages sent to military locations and the CIA in the Washington, DC area, officials said Monday.

They said packages were sent to the CIA, Fort McNair and Fort Belvoir. A US official said a Naval Support Facility in Dahlgren, Virginia, also received a suspicious package and that the FBI is leading the investigation.

One package, sent to the National Defense University at Fort McNair in Washington, DC, contained explosive material and was ultimately rendered safe. That package arrived at 8:30 a.m. ET and the building were evacuated immediately, according to Army spokesman Michael L. Howard.

“At 12:10 p.m., 52nd Army Explosive Ordnance Disposal from Fort Belvoir, VA, confirmed the package tested positive for black powder and residue,” Howard said in a statement. “The X-ray conducted indicates suspected GPS and an expedient fuse were attached. The package was rendered safe. No injuries are reported.”

The material was detected by scanning machines at the facilities upon receipt and they are being examined at the FBI lab in Quantico, Virginia, the law enforcement official said.

The National Defense University at Fort McNair was cleared for re-entry after K-9 sweep and personnel returned to the building by 1:15 pm ET.

Another suspicious package incident is confirmed by Army spokesman at Fort Belvoir and said that package has been rendered safe.

The package that was sent to the CIA was on Monday, according to a US official. Further details about the package intended for the CIA were not provided.

Defense Department spokeswoman Lt. Col. Michelle Baldanza said they are aware of the situation and it is being investigated.

Thanksgiving Dinner Can Be Caught At Several Restaurants