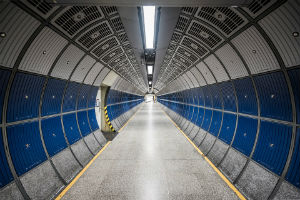 Tired of your morning commute? Wanting to see your friends and family in Baltimore, but dreading the long drive? Well, Elon Musk has got some great news for you. The long awaited-hyperloop is one step closer to becoming a reality!

This exciting project reached a new height once it officially completed its environment assessment earlier this week. This allowed a draft of the hyperloop project to be officially finished. In turn, the draft is now available for the public to view and make comments about. According to the U.S. Transportation Department, this is the first crucial step in the process.

So, what exactly is the hyperloop? And what does it mean for the residents of Washington D.C., let alone residents in Maryland or other states?

Everything you need to know about the hyperloop

What is this fancy hyperloop, and why should you be excited about it anyway?

The hyperloop is essentially an underground tunnel that will connect Washington D.C. and Baltimore, Maryland. Because the loop will run underground, it will be able to move at much higher speeds than other, more traditional types of transportation. The estimated commute time of the hyperloop between Baltimore and D.C. is expected to be less than thirty minutes. This is obviously great news for anyone who makes the hour-long commute on a daily basis for work, or even for anyone who makes the trip to visit friends or relatives.

The plan is to construct tunnels with terminal stations near Camden Yards in downtown Baltimore, and New York Avenue in D.C.

Are you excited to see the hyperloop come to life? Sound off in the comments below!