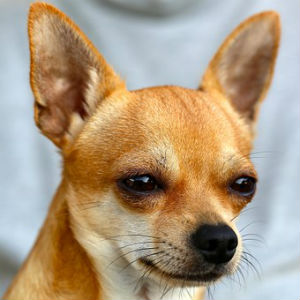 WASHINGTON, DC – The Humane Rescue Alliance in D.C. received a surprise truck load full of dozens of Chihuahuas. The haul of cute dogs was all part of a huge rescue from a former breeder’s home in Mississippi. No doubt this was one of the larger rescues the Alliance has received.

According to one of the leaders of the Humane Rescue Alliance, the truck full of puppies was the direct result of a breeder suddenly deciding he no longer wanted to be in the business. he’d simply had enough.

There was a total of 35 chihuahuas in the unexpected haul. The dogs covered the full spectrum of ages. Some were just a few months old while others were as old as up to seven years.

The dogs’ journey to D.C. took two full days of traveling. Now that the furry critters are settled they’ll all have to pass a medical and behavioral examination. This is standard procedure before a dog can be put up for adoption. Still, anybody interested in adopting one of the adorable chihuahuas can submit an inquiry as soon as Wednesday.

Officials at the Alliance anticipate the dogs will be adopted fast due to their petite size. Though officials did remark that these chihuahuas were slightly larger than the average sized one. They also made a point to note that they’ve got to be careful when picking their dog. After all, this dog will be part of their family for 15 to 20 years.

For more information, feel free to reach out to the Humane Rescue Alliance at 202-723-5730. Pictures of each dog will soon appear on the shelter’s website.