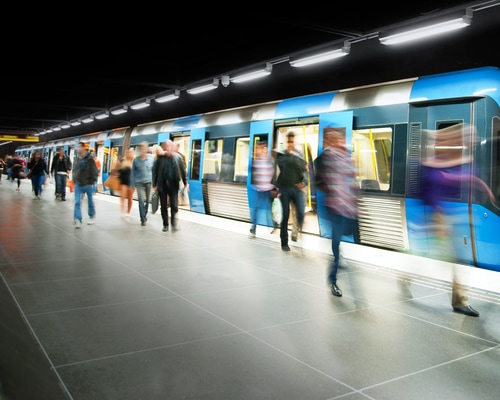 Metro will provide rush-hour service at off-peak rates on Saturday, March 24, a day that’s expected to be a busy one in D.C., the transit agency announced Thursday.

The decision comes as part of an effort to accommodate the hundreds of thousands of people expected in D.C. that day for the March for Our Lives and the National Cherry Blossom Festival opening ceremony.

“Expect large crowds, long lines, and full trains. Metro recommends traveling as early in the day as possible,” the transportation agency said in a statement.

Some stations may be closed for crowd management or security concerns that day, Metro added. Also, some station entrances may be designated “entry only” or “exit only” at various times. Metro will keep updated details about changes online here as the day approaches.

Trains will begin their run at 7 a.m., departing end-of-line stations every eight minutes, with extra Red Line trains between Grosvenor-Strathmore and Silver Spring. In downtown D.C., trains will run every two to four minutes.

Metro also said the rush-hour service levels will likely continue until about 6 p.m. that day, but that is subject to change based on ridership levels.

“The March, combined with Cherry Blossom visitors, could result in one of Metro’s highest ridership days,” Metro said in a statement.

Because of the crowds and anticipated long lines, Metro is recommending that visitors buy SmarTrip cards in advance and add enough money for the day. The cards cost $2, and are available on online, at any Metro station and at some Giant and CVS stores in the D.C. area.

Riders can park in Metro parking lots or garages for $2 on Saturdays, but the parking spots may fill up quickly on March 24, Metro said.

Metrobus and MetroAccess will operate on their regular Saturday schedules, but Metro warns that service for both will be subject to detours and delays due to road closures downtown.

Weekly Rides: Why You Should Take Your Car Out During the Pandemic